3.5 Acres Just Outside of Downtown Spartanburg, SC.
Perfect Lot for Development.
No restrictions, single family homes all around.
Deeded easement, so guaranteed access!!
The County Values at $39,800.  2.1 Acres Nearby Sold for $70,000.
BUY FOR $27,000 CASH.

This property is loaded with potential.
First off, there is a deeded easement, so access is not an issue!
Second, there are zoning restrictions.
Third, it is 3.5 ACRES!

The lots around this are single family homes lots and about a 1/4 acre each.

Do you want to develop this and put in more homes?
Do you want to use it for something else, just minutes from Spartanburg?
Do you want to sit on it and land bank knowing development will COME TO YOU?
THE POSSIBILITIES ARE ENDLESS! 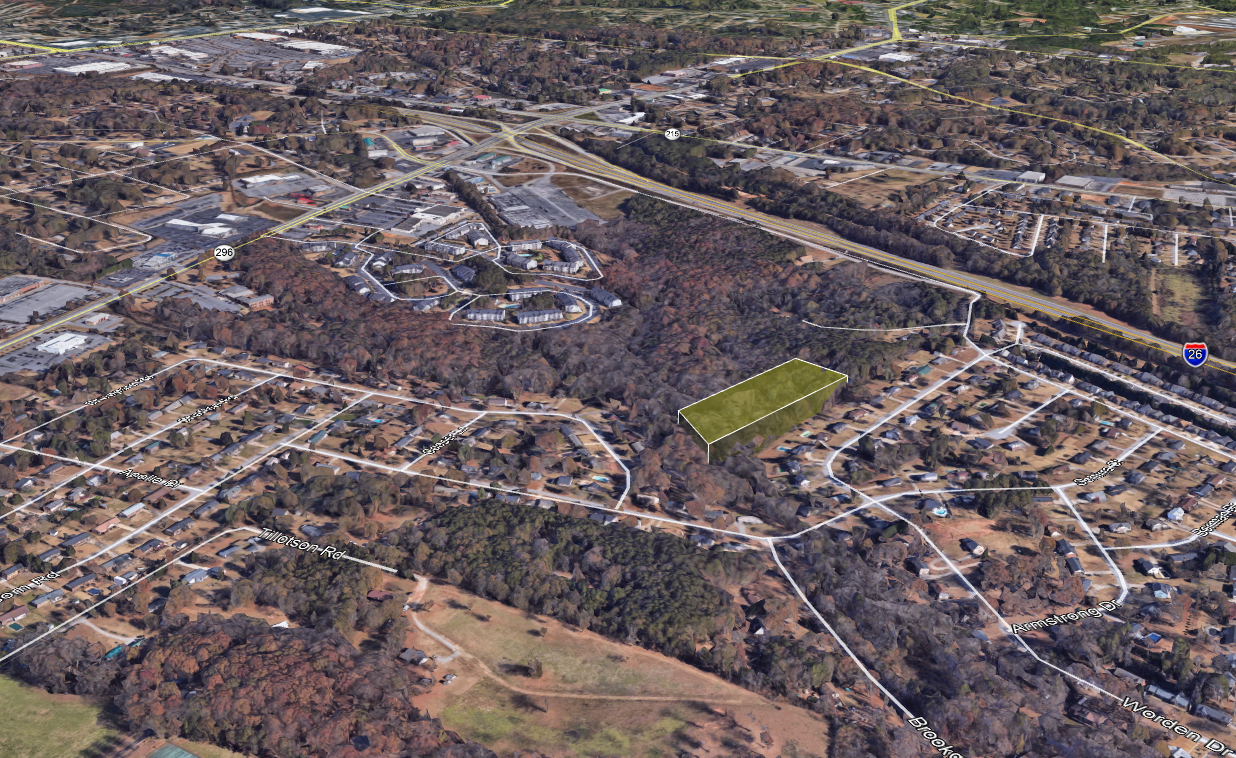 Quick Facts About Spartanburg (per BestPlaces.com)

ECONOMY
The unemployment rate in Spartanburg is 3.8% (U.S. avg. is 3.9%). Recent job growth is Positive. Spartanburg jobs have increased by 0.9%.

COST OF LIVING
Compared to the rest of the country, Spartanburg’s cost of living is 15.4% lower than the U.S. average.

SCHOOLS
Spartanburg public schools spend $14,539 per student. The average school expenditure in the U.S. is $12,383. There are about 12 students per teacher in Spartanburg.

It’s a good time to buy in Spartanburg. Home Appreciation is up 9.3% in the last 12 months 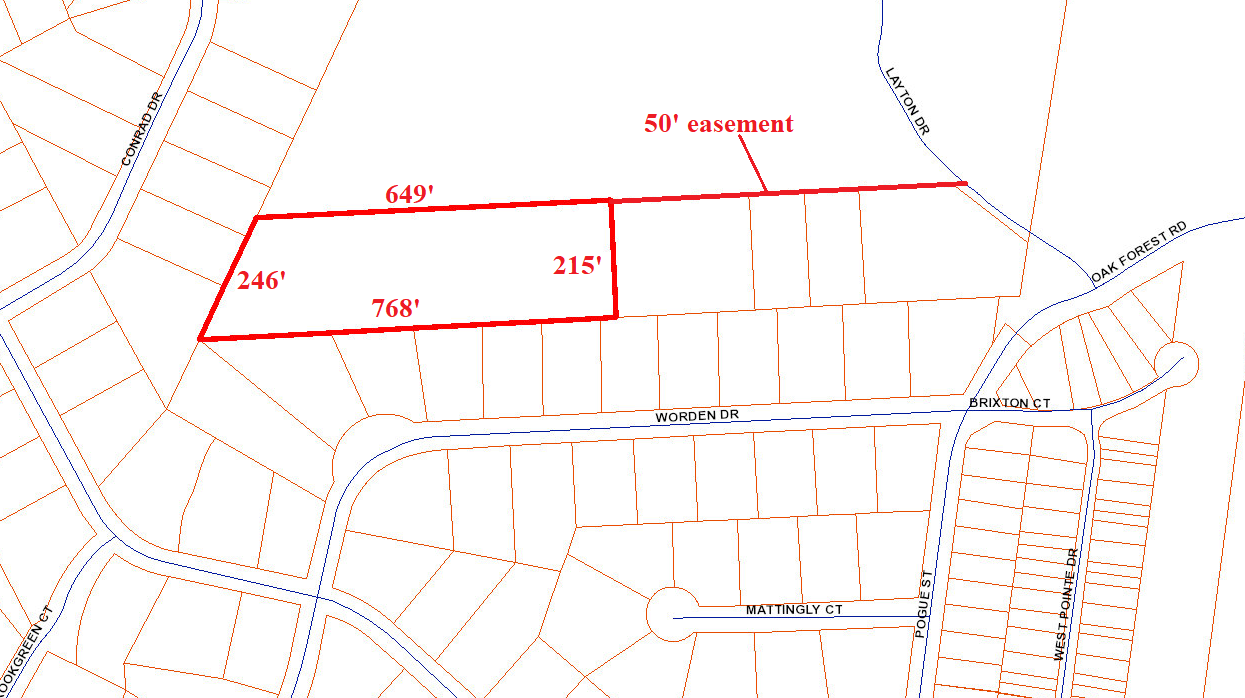 Spartanburg is the second-largest city in the greater Greenville–Spartanburg–Anderson Combined Statistical Area, which has a population of 1,385,045 as of 2014. It is part of a 10-county region of northwestern South Carolina known as “The Upstate,” and is located 98 miles northwest of Columbia, 80 miles west of Charlotte, North Carolina, and about 190 miles northeast of Atlanta, Georgia.

The city of Spartanburg has a humid subtropical climate with long, hot and humid summers, and cool to semi mild winters. The average annual temperature is 61.6 °F. In the summer season from June through September, average highs are in the 80’s to low 90’s F, while in the winter months average highs are in the mid 50’s F. Annual rainfall is spread fairly evenly throughout the whole year. Spartanburg sees very little snowfall, with the annual average being only 1.4 inches. Average precipitation is 51.3 inches and the average growing season is 231 days. 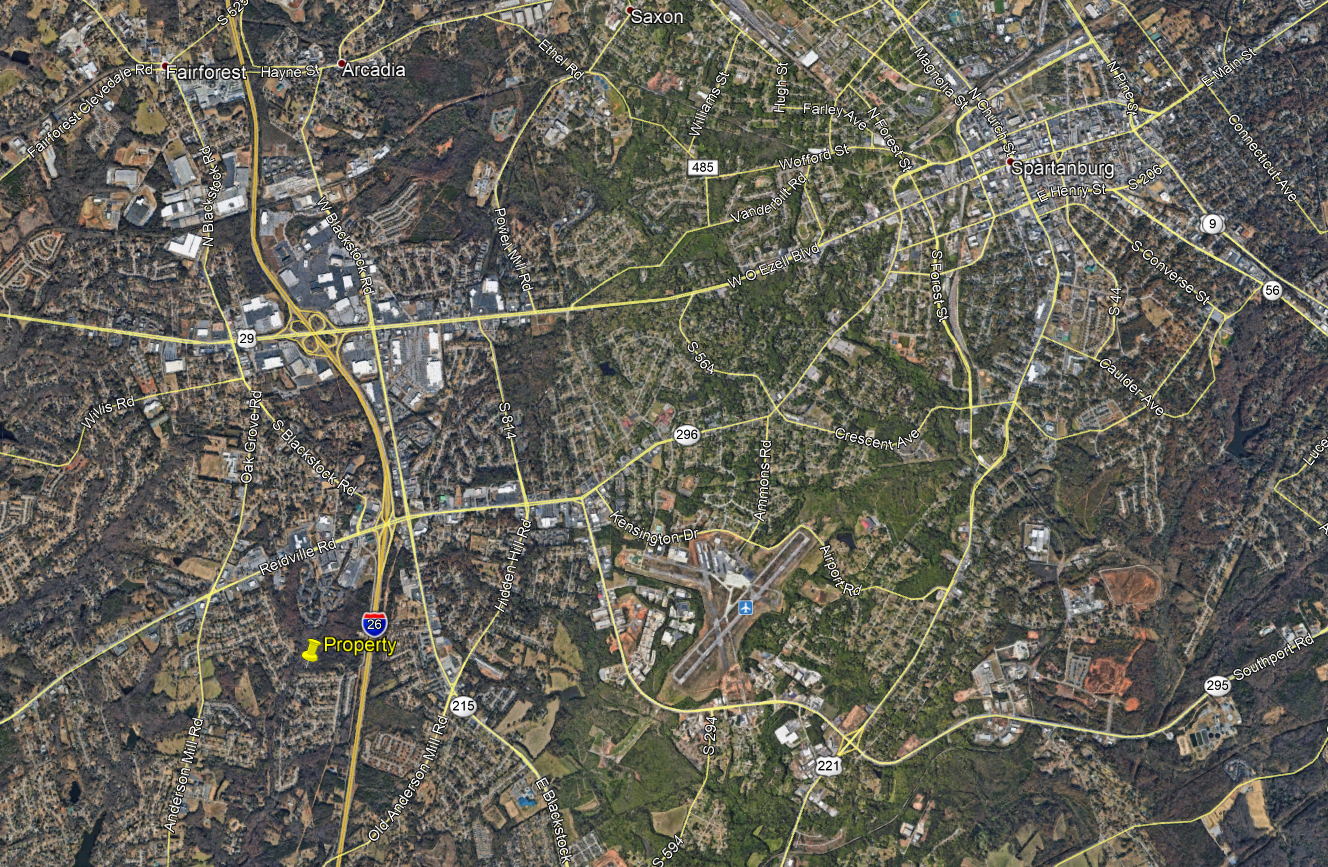 Downtown Greenville is 27 Miles Away

Downtown Spartanburg is 5 Miles Away 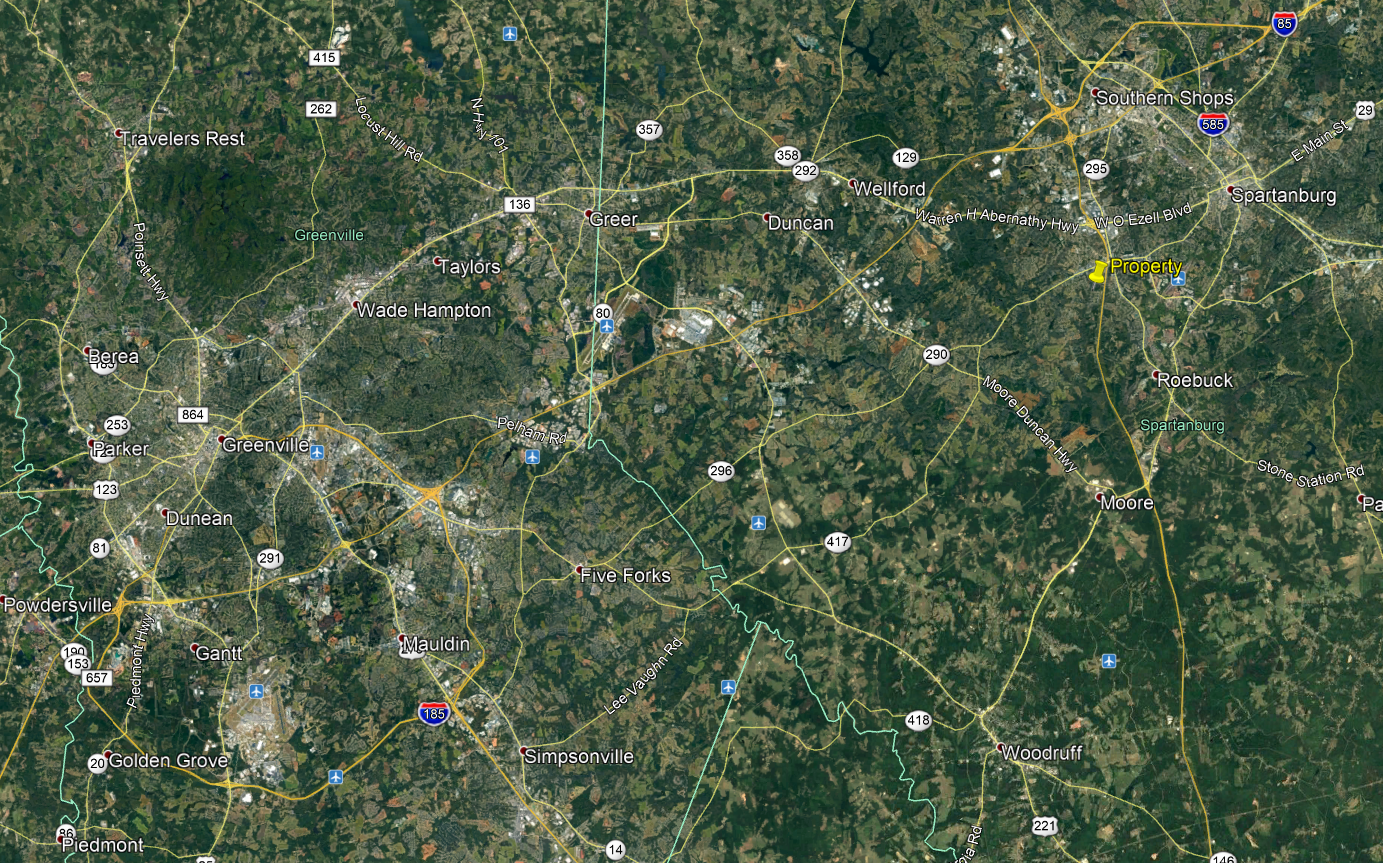 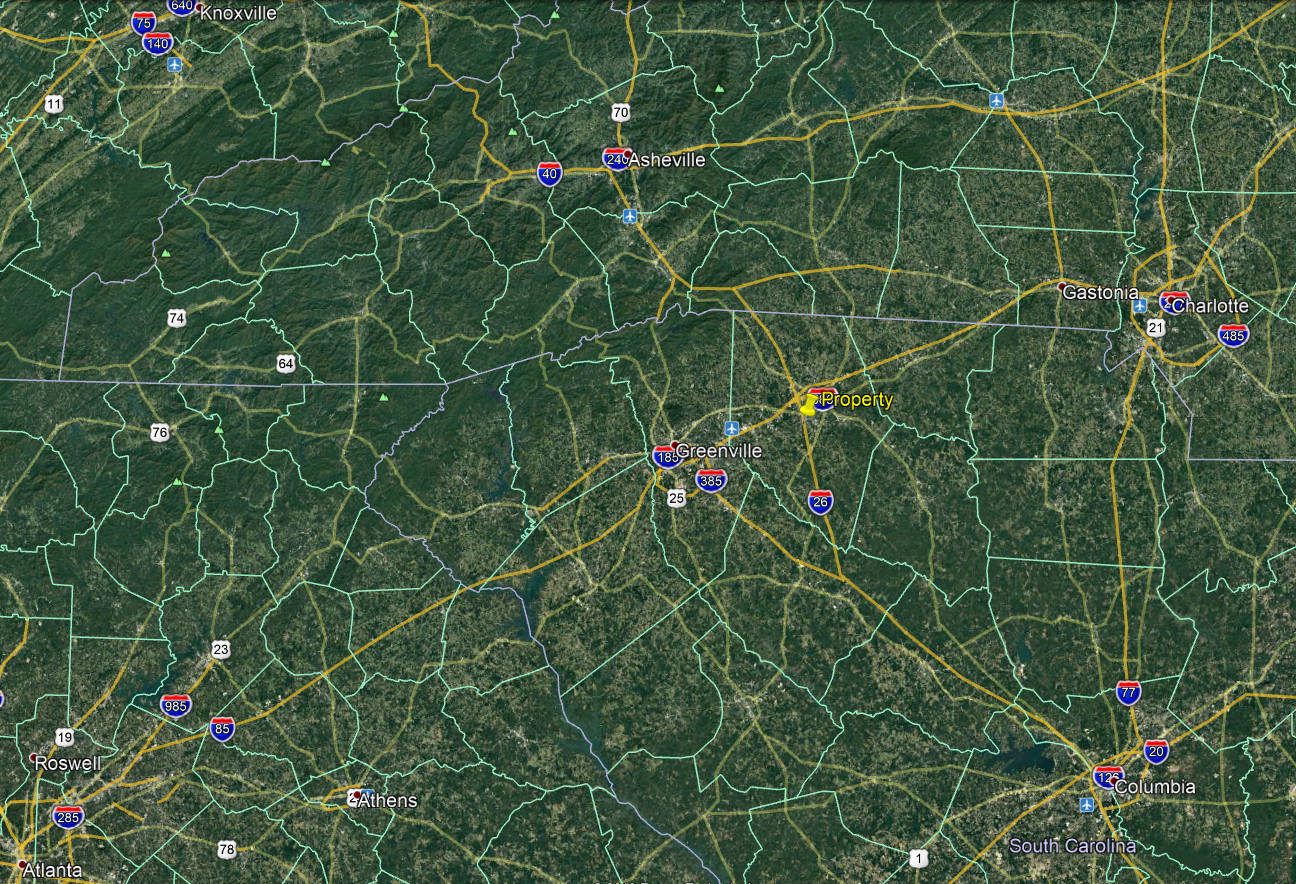